Cerebrospinal Fluid (CSF) depletion may be caused by a leak, a shunt, inadequate production or too-rapid absorption.

• Headaches, which are more severe in the upright position and are alleviated by lying down with the head lower than the chest
• Nausea
• Tinnitus
• Horizontal diplopia (double vision)
• Change in hearing (hearing loss of CSF leak likely results from lowering of CSF pressure, which lowers inner ear pressure)
• Blurring of vision
• Facial numbness
• Tingling of the arms

These symptoms are rather nonspecific as they are commonly encountered in migraine and post-traumatic headache.

Cognitive decline has also been noted. Symptoms from the leak can be delayed for as long as a month. It seems likely that these cases are often missed. Traumatic CSF leaks are usually present following basilar skull fractures with either leakage from the nose (rhinorrhea) or ear (otorrhea).

Spontaneous leaks are most commonly at the level of the spine, particularly the thoracic spine and cervicothoracic junction. Sometimes they are unintentional consequences of an overdraining CSF shunt, placed for CSF hypertension. CSF leaks can also occur in the nose after trauma or surgery.

CSF leaks may follow diagnostic or therapeutic lumbar puncture as well as spinal anesthesia and after an inadvertent puncture of the dura following epidural anesthesia or epidural steroid injections. In this case, the leak is at the site of the puncture.

Spontaneous leaks from the nose are uncommon. Speculatively, it would seem possible that CSF leaks might occur after whiplash injury, as frequently there are persistent similar symptoms without findings on other studies. CSF leaks have been reported due to cervical bone spurs.

Other conditions to exclude when considering the diagnosis of CSF leak are orthostatic hypotension (which can cause dizziness on standing), positional vertigo due to inner ear disturbances, and orthostatic tremor.

CSF leaks can also result from high-pressure hydrocephalus. In this situation, leaks may recur until the cerebral ventricles are shunted.

There is some danger of exacerbating an existing leak or causing a new one leak with a lumbar puncture, and the risks/benefits must be carefully considered.

• Radioactive label or a fluorescent dye injected into the spinal fluid to test for the label or dye in the fluid.
• Radiologic studies are also useful; however, they may be impractical if one does not know the level of the leak.
• Radioisotope cisternography characteristically shows a decrease or absence of activity over the cerebral convexities and early accumulation of radioisotope in the bladder. This study is somewhat invasive, requiring injection of material into the spinal canal.
Tests not requiring lumbar puncture include:
• Head CT with reconstructive views to view skull base fracture anatomy.
• Head or spine MRI to detect evidence of sinking of the brain, collapse of the superior opthalmic vein, subdural fluid collection, decrease in ventricular size and prominent dural sinuses, extra-arachnoid fluid, meningeal diverticuli, meningeal enhancement, or engorgement of epidural venous plexi.
• Spinal fluid testing with a beta-trace protein assay.
• Hearing testing is sometimes affected by CSF-leak. The pattern of hearing loss may resemble that of Meniere’s disease.

Treatment may include:
• Bed rest
• Hydration
• Steroids
• An epidural blood patch is used in patients with spinal leaks who fail noninvasive measures. Blood patches are generally thought to be safe but occasional reports of increased CSF pressure and persistent epidural fluid collections have been reported.
• Surgical repair may be performed in patients with failed epidural blood patches if the site of the leak has been identified. The overwhelming majority of spontaneous leak patients have a spinal-level leak, although they are generally higher than the lumbar level.
• Open surgical or endoscopic repair of anterior skull base leaks with rhinorrhea. Most cases of traumatic otorrhea resolve spontaneously or with lumbar spinal drainage. 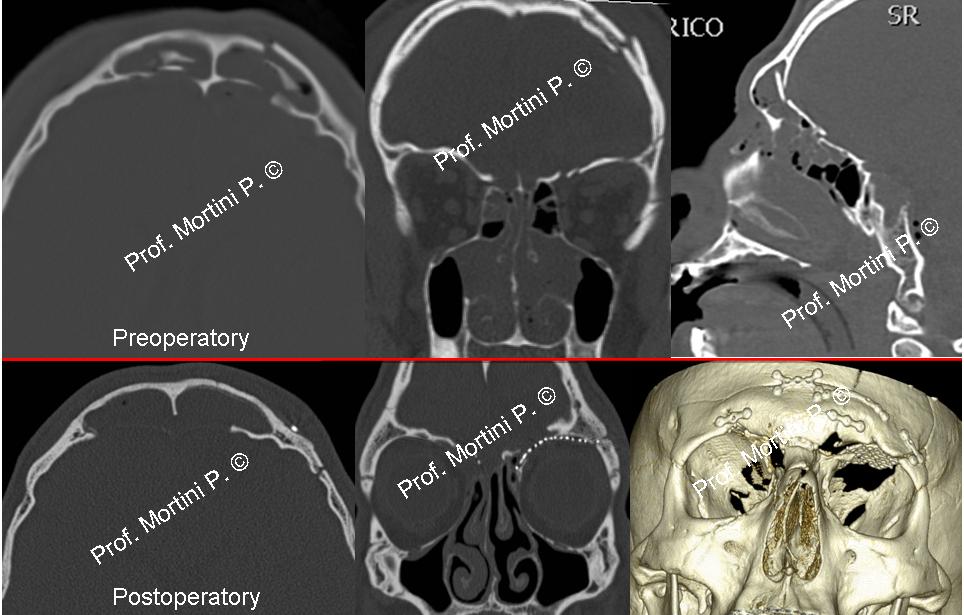