The adult brain usually produces about one half liter (500cc) of Cerebro Spinal Fluid – CSF daily in spaces within the brain called ventricles.

The CSF circulates out of the ventricles, bathes the brain and spinal cord, and is reabsorbed into the bloodstream.

Hydrocephalus usually results either from:

Adult communicating hydrocephalus is most commonly referred to as Normal Pressure Hydrocephalus (NPH). However this is a misnomer, as the pressure may or may not be normal in a given patient.

NPH usually occurs in older adults, with the majority of affected patients over 60 years of age. Most cases of adult communicating hydrocephalus/NPH are primary/idiopathic and of unknown cause.

Depending on the cause and type of hydrocephalus, a variety of neurosurgical interventions may be used for treatment.

Each of the primary symptoms has many other causes in the elderly population, and no combination of the cardinal symptoms is absolutely diagnostic.
The symptoms often develop slowly over a long period of time, and are mistaken for “normal aging”.
The ventricles enlarge with normal aging and with degenerative diseases such as Alzheimer’s disease.
All described diagnostic tests have false positives and negatives. No test is perfect in its ability to diagnose this condition.

3) Spinal fluid drainage to determine to what degree they improve with a test removal of spinal fluid.

A small catheter is placed into the lumbar (lower back) spinal fluid space, allowing spinal fluid removal over 2-3 days.

Ventricular shunt surgery: If a patient’s symptoms improve with spinal fluid drainage, a shunt surgery is proposed. The goal of a shunt is to divert CSF into another region of the body where it can be absorbed.

The shunt is a soft tube that is implanted either within the skull or under the skin. Between the shunt catheter in the brain and the catheter that goes to the abdomen or bloodstream, there is a one way valve that regulates CSF flow through the shunt. If there is too much flow, the ventricles will collapse and bleeding can occur. If there is too little flow, the patient’s symptoms will not improve.

A valve inside the shunt allows us to fine tune the shunt function over time. The shunt is implanted under general anesthesia

Long term follow up of shunt function is necessary to minimize complications and maximize benefits. Shunt valves often need to be reprogrammed over time to get the best clinical benefit in a given patient. 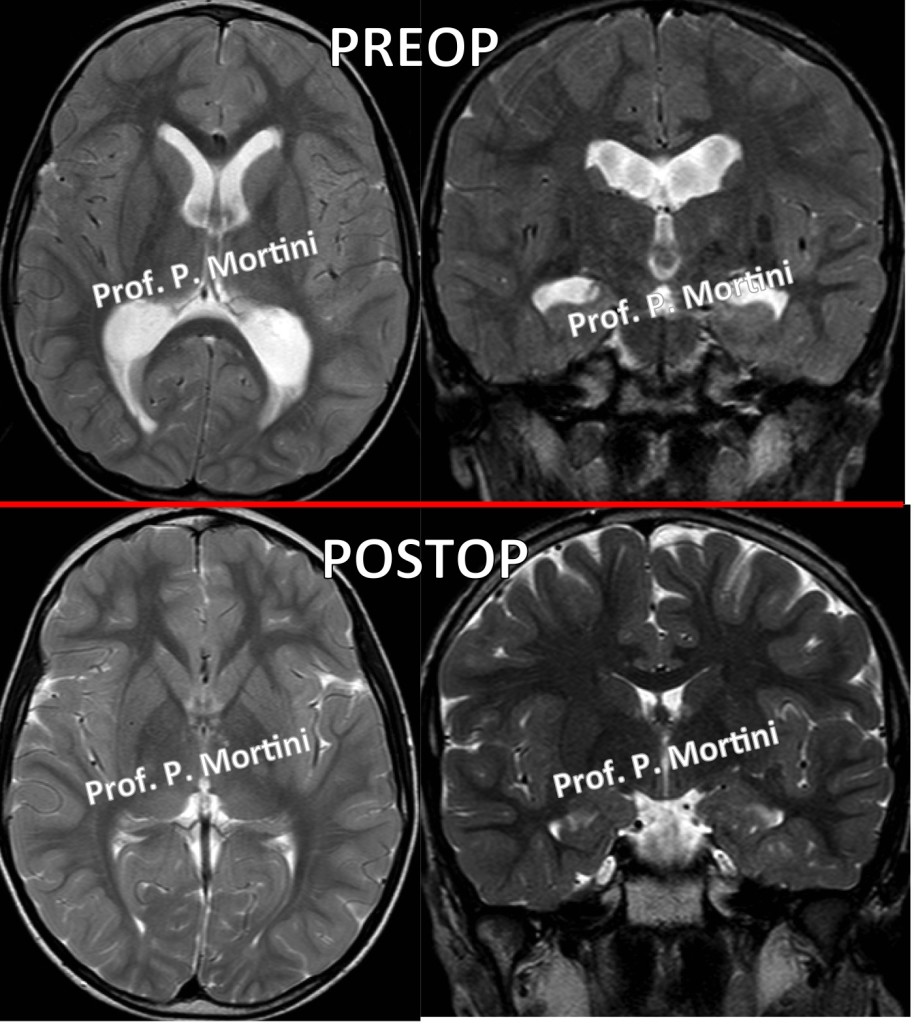