Stereotactic Radiosurgery is a precise form of therapeutic radiology that uses intense doses of radiation without a surgical incision or opening.

It is called “surgery” because a result similar to an actual surgical procedure is created by the radiation therapy treatment. The beams of radiation are precisely focused to reach the tumor, lesion, or other area being treated with minimal effect on surrounding healthy tissue.

Radiosurgery may be used in situations where the brain lesion cannot be reached by conventional surgical techniques.

It may also be used in persons whose condition is such that they might not be able to tolerate a surgical procedure, such as craniotomy, to treat their condition.

Radiosurgery works in the same manner as other types of therapeutic radiology: it distorts or destroys the DNA of tumor cells, causing them to be unable to reproduce and grow. The tumor will shrink in size over time.

For blood vessel lesions such as an arteriovenous malformation (AVM), the blood vessels eventually close off after treatment.

In addition, a medical physicist and a dosimetrist work together to calculate the precise number of exposures and beam placement necessary to obtain the radiation dose that is prescribed by the radiation oncologist. Your treatment team may include other healthcare professionals in addition to or in place of those listed here.

There are three types of radiosurgery systems. They are:

Many beams of gamma radiation join to focus on the lesion under treatment. Gamma Knife radiosurgery is most often used to treat tumors and other lesions in the brain.

It is also used to treat certain neurological conditions, such as trigeminal neuralgia (a condition in which pressure on the trigeminal nerve causes spasms of extreme facial pain) and acoustic neuroma (a noncancerous tumor in the brain that affects the nerves that control hearing).

Linear accelerator (LINAC) systems use high-energy x-rays to treat a tumor or other lesion. In addition to using x-rays rather than gamma rays, LINAC systems also differ from the Gamma Knife in that the machinery moves around the patient during treatment. For this reason, LINAC systems are able to treat larger tumors and larger affected areas than the Gamma Knife. Areas other than the brain can be treated with a LINAC system. 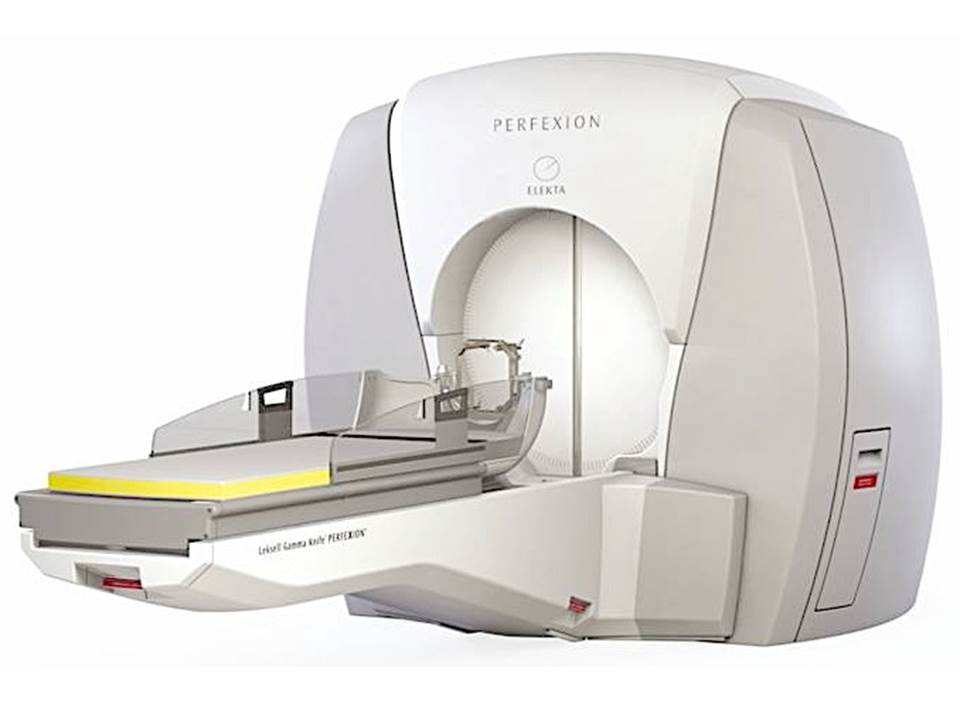 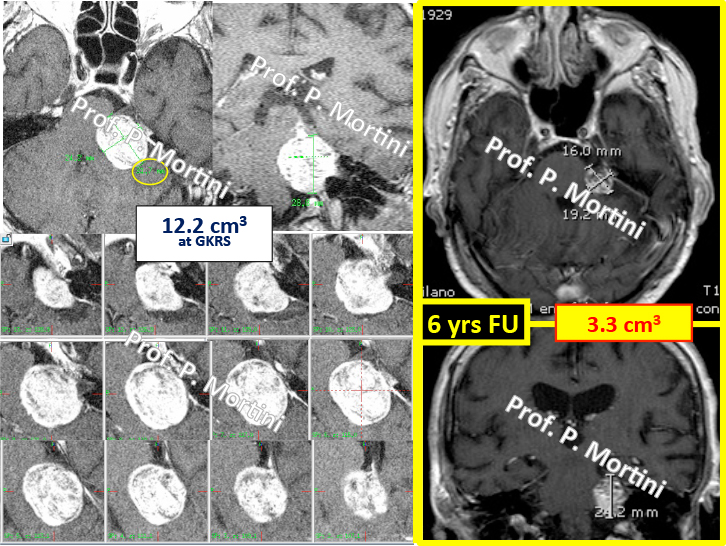 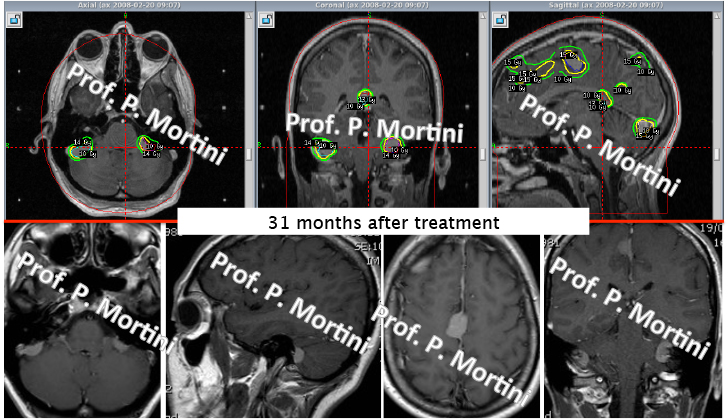