A cerebral aneurysm (also called an intracranial aneurysm or brain aneurysm) is a bulging, weakened area in the wall of an artery in the brain, resulting in an abnormal widening or ballooning. Because there is a weakened spot in the artery wall, there is a risk for rupture (bursting) of the aneurysm.

A cerebral aneurysm generally occurs in an artery located in the front part of the brain which supplies oxygen-rich blood to the brain tissue. A normal artery wall is made up of three layers. The aneurysm wall is thin and weak because of an abnormal loss or absence of the muscular layer of the artery wall, leaving only two layers.

Most cerebral aneurysms (90 percent) are present without any symptoms and are small in size (less than 10 millimeters, or less than one half of an inch, in diameter). Smaller aneurysms may have a lower risk of rupture.

Although a cerebral aneurysm may be present without symptoms, the most common initial symptom of a cerebral saccular aneurysm is a Subarachnoid Hemorrhage (SAH).

SAH is bleeding into the subarachnoid space (the space between the brain and the membranes that cover the brain). A ruptured cerebral saccular aneurysm is the most common cause (80 percent) of SAH. SAH is a medical emergency and may be the cause of a hemorrhagic (bleeding) stroke.

Hemorrhagic strokes occur when a blood vessel that supplies the brain ruptures and bleeds. When an artery bleeds into the brain, the brain cells and tissues do not receive oxygen and nutrients. In addition, pressure builds up in surrounding tissues, and irritation and swelling occurs. About 20 percent of strokes are caused by hemorrhagic bleeding. 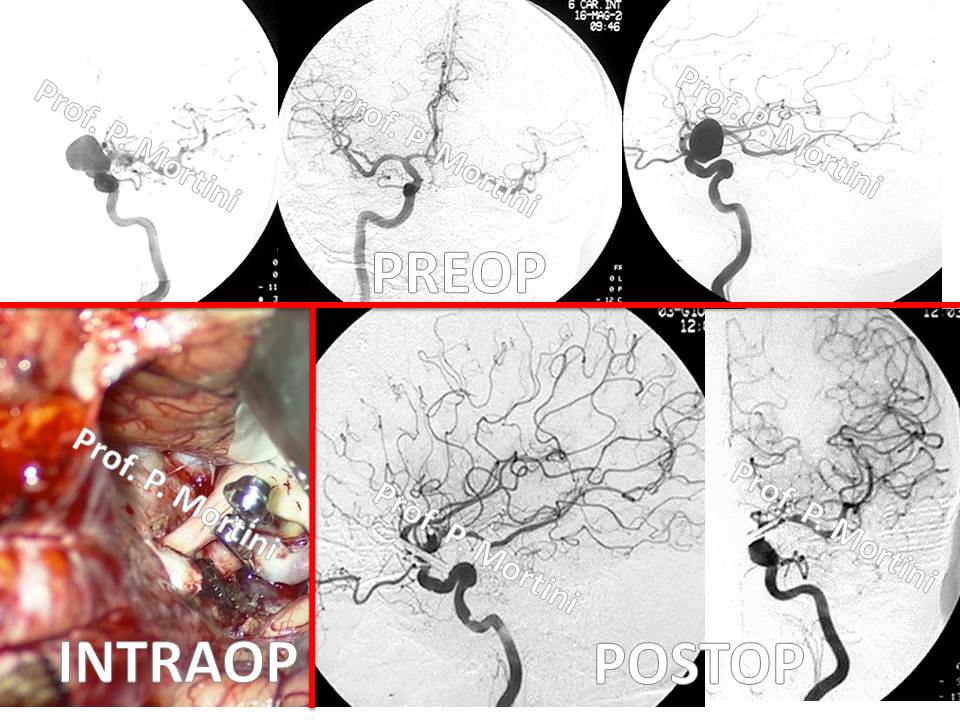