Minimally Invasive Spinal fusion repairs the spine bones together using two small hole incisions with minimal tissue dissection. This advanced technology leads to a faster recovery. This type of procedure can be performed quicker, with less tissue damage to the area and with less pain for the patient than other spinal surgery.

Posterior Lumbar Fusion (PLF) is the general term used to describe the technique of surgically mending two (or more) lumbar spine bones together along the sides of the bone.

Bone graft is placed along side the spine bones (not in between the disc spaces, which is called an interbody fusion), and ultimately fuses together. Minimally invasive PLF is generally always performed in conjunction with instrumentation (use of metal screws/rods) so as to impart immediate stability while the bone mends and to increase the fusion rate (percentage of patients where the bone successfully mends together).

MIS TLIF includes the PLF described above, as well as performing an interbody fusion, which means the intervertebral disc is removed and replaced with a bone spacer (metal or plastic may also be used). A MIS TLIF involves placing only one bone graft spacer in the middle of the interbody space, without retraction of the spinal nerves.

The MIS PLF technique is often favored as the 2nd staged procedure when a multiple level ALIF is performed, and a laminectomy is not necessary. A MIS TLIF is commonly performed when one or two spinal levels are being fused in conjunction with a partial posterior decompression (facetectomy and laminectomy), and interbody fusion is indicated.

MIS PLF and MIS TLIF are commonly performed for a variety of spinal conditions, such as spondylolisthesis and degenerative disc disease, among others. 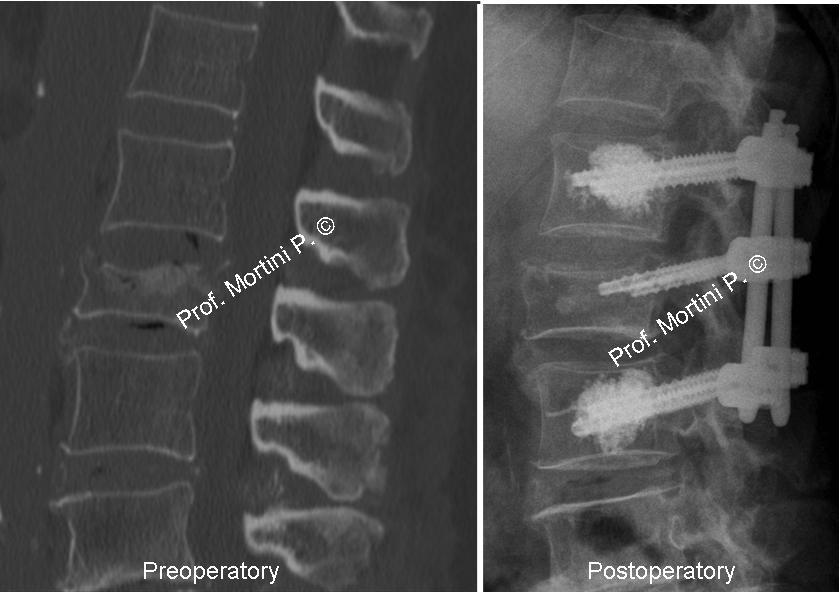