The pineal gland, which is a tiny gland located in the back of the base of the brain, creates the neurotransmitters melatonin and serotonin, although its purpose is not entirely clear. Tumors in this region can be of a wide variety of types; the most common are

Regardless of the type of tumor involved, tumors in the pineal region usually cause symptoms through one of three mechanisms.

Hydrocephalus is a common result of tumors in this region, and will lead first to

and then perhaps to

The brainstem and the cerebellum are the most common sites of compression from a pineal region tumor; compression in these regions can cause

Endocrine dysfunction is less common and usually is caused when the tumor involves the hypothalamus, a nearby brain region that is involved in growth and metabolism.

As with other brain tumors, imaging studies are the key component in the diagnosis of pineal region masses. Magnetic Resonance Imaging (MRI) scans primarily are used.

They can show the size and characteristics of the tumor, and can indicate the presence of hydrocephalus.

Computed Tomography (CT) scans, which can help detect the presence of calcification or hardening in the tumor, also are used. For either study, an agent that provides contrast in the image is administered intravenously so neurosurgeons can visualize the tumor against the normal brain in the background.

The first line of treatment for pineal region tumors is surgery. The extent of the surgical removal is a significant factor in outcome. In addition, the surgical removal of the tumor will provide tissue samples, which are analyzed under a microscope to provide an accurate diagnosis.

If hydrocephalus is present, a shunt (a tube that allows cerebrospinal fluid to flow out) may be placed prior to surgery. In the case of benign tumors, complete resection usually provides a cure. For malignant tumors, the removal of as much of the tumor as possible is thought to improve outcome and response to adjuvant therapy.

Some germ cell tumors respond very well to radiation therapy, and chemotherapy may have a role in the treatment of some tumor types.

Stereotactic radiosurgery, which involves the use of a highly focused beam of radiation to target the cancer cells and leave the surrounding brain unaffected, also may be used in the case of small tumors.

Intracranial germ cells tumors constitute a wide range of tumors that arise from germ cells, including sex cells, present during the development process. Germ cell tumors commonly are associated with the reproductive system, but there are several types that occur in and around the brain.

At the malignant end of the spectrum there are

fall somewhere in between.

The pineal region is one of two areas in the brain where germ cell tumors can occur. Germ cell tumors are very rare; they make up 0.4 to 3.4 percent of all intracranial tumors.

In general, these tumors manifest in patients by adolescence.

Germ cells tumors may arise from different types of cells, and they are differentiated by biochemical markers in the blood and cerebrospinal fluid.

Lab tests for these markers will be used in addition to imaging tests (MRI and CT) and biopsies to provide a diagnosis.

Treatment for germ cells tumors varies based on the tumor type and usually consists of some combination of surgery, radiation therapy, and chemotherapy.

In the case of benign tumors, for example, complete surgical resection usually provides a cure.

Unlike germ cell tumors, which arise in the pineal region despite being unrelated to the pineal gland itself, pineal cells tumors arise directly from the functional cells of the gland, called pineal parenchymal cells.

These cells are unrelated to the neurons and glial cells (supporting cells) in the brain. However, there are glial cells present in the gland, and these cells may give rise to tumors called gliomas.

Tumors that arise from pineal parenchymal cells are categorized according to their malignancy.

Even more rare than germ cell tumors, they make up just 0.4 to 1.0 percent of intracranial tumors. Approximately 50 percent of these are the malignant pineoblastomas, 30 percent are pineocytomas, and 20 percent are mixed.

These tumors tend to occur from adolescence through middle age.

As with other brain tumors, imaging tests and surgical biopsy are used to provide diagnosis and assess the malignancy of these tumors.

Surgery usually is the initial treatment.

Complete surgical resection of discrete benign pineocytomas is associated with an excellent prognosis and perhaps a cure.

For the more malignant pineoblastomas, surgical removal of as much of the tumor as possible may improve the response to other forms of therapy.

Radiation therapy has shown some efficacy in treating pineoblastomas, but the role of chemotherapy is unclear because it has not been studied extensively. 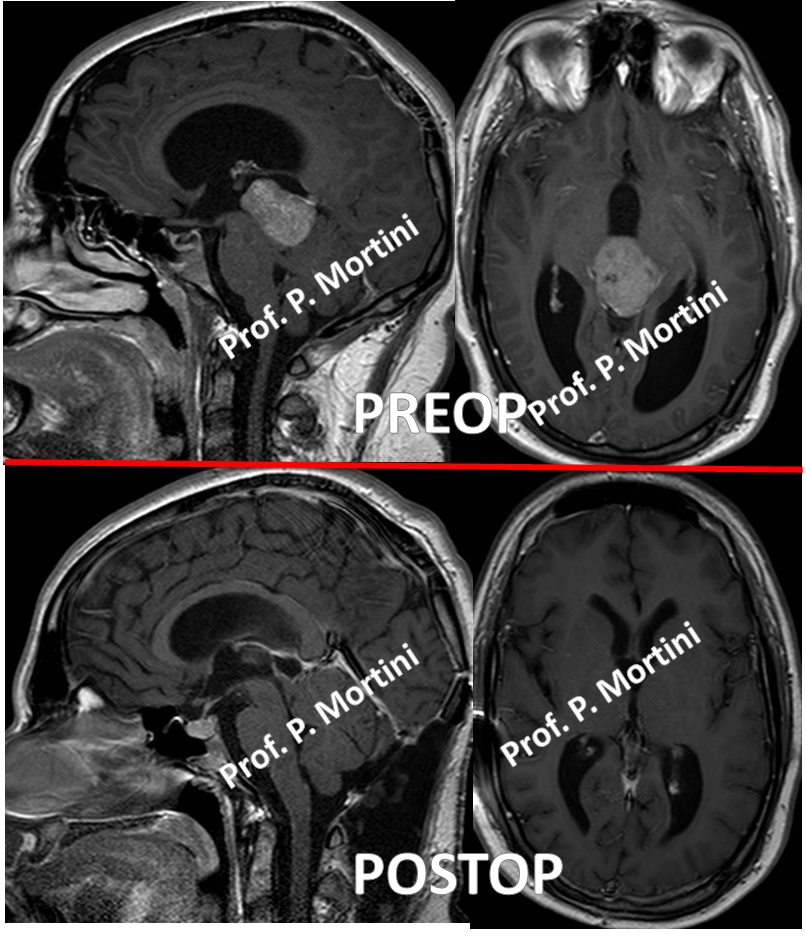 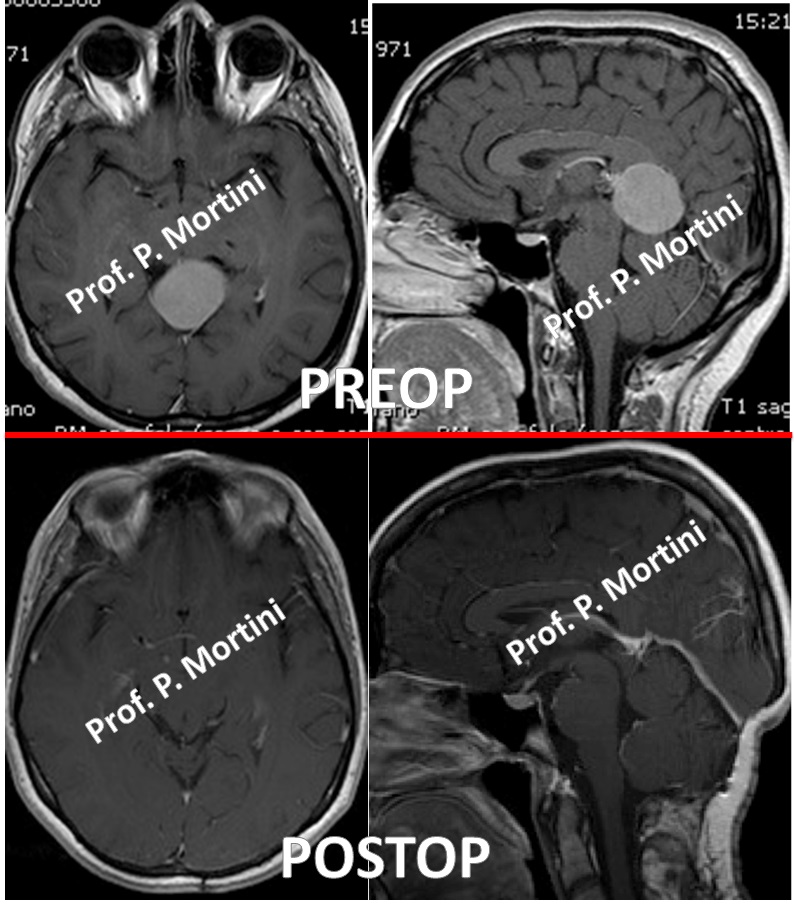