The pituitary gland sits in a bony compartment (called the sella turcica) at the base of the skull and secretes substances, such as:

which serve a variety of essential hormonal and metabolic functions.

Tumors of the pituitary gland are

benign tumors made of glandular epithelial cells, the cells that cover the surface of the gland. Adenomas, relatively common tumors that usually are benign and slow-growing, may destroy hormone-producing cells or secrete hormones themselves.

Other tumors that appear in this area, called the sellar/parasellar region, include

Many pituitary tumors remain small and do not cause significant symptoms.

Symptoms that arise are caused by two mechanisms:

Pituitary tumors may damage healthy hormone-producing cells, causing a lack of certain hormones and symptoms including

Tumors that produce hormones, known as functioning tumors, often cause symptoms when they are very small (less than 1 cm in diameter).

An excess of hormones can cause a wide range of effects that depend on the hormone, such as

Larger pituitary tumors (greater than 1 cm) usually are not hormonally active. These nonfunctioning adenomas may protrude outside of the sella turcica and cause symptoms by compressing the surrounding structures.

Nonfunctioning adenomas may cause

and, when they push against the optic chiasm, visual deficits.

As with most brain tumors, imaging studies are essential in the diagnosis of pituitary and parasellar tumors. Imaging techniques for these tumors include Magnetic Resonance Imaging (MRI) and Computed Tomography (CT) scans, which can be enhanced with the intravenous administration of a contrast agent that distinguishes the tumor from normal tissue.

Treatment for a pituitary tumor depends on its hormonal activity and whether it affects surrounding tissue.

Both functional and nonfunctional tumors may be treated with surgery sometimes followed by radiation therapy.

In addition, drug therapy has shown some effectiveness in certain functional adenomas.

Because of their location, these tumors often can be difficult to reach surgically.

The development of a particular surgical approach, known as transsphenoidal hypophysectomy, has made surgical treatment of pituitary adenomas safer and more effective.

In addition, some smaller pituitary tumors may be treated effectively with Stereotactic Radiosurgery, which involves the use of a highly focused beam of radiation to target the tumor cells specifically and leave the surrounding brain unaffected. 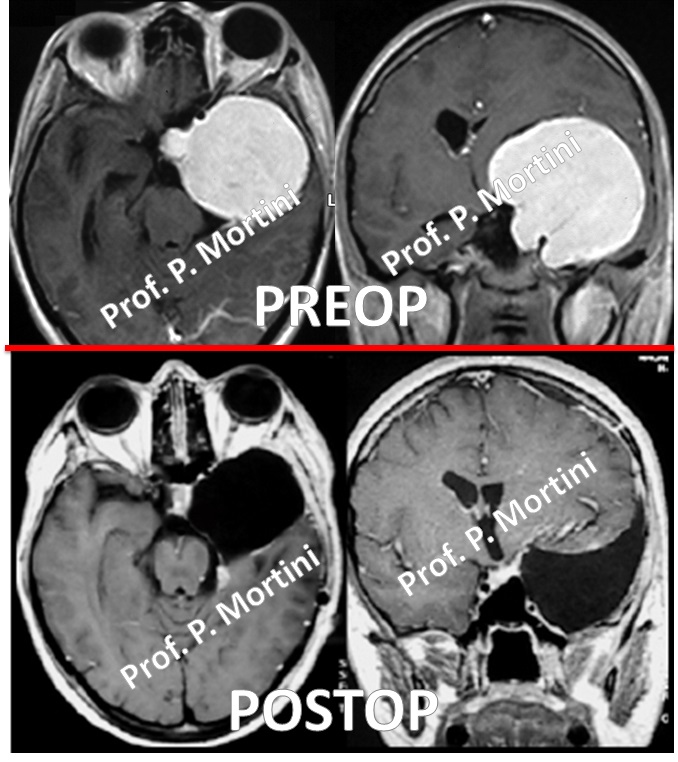 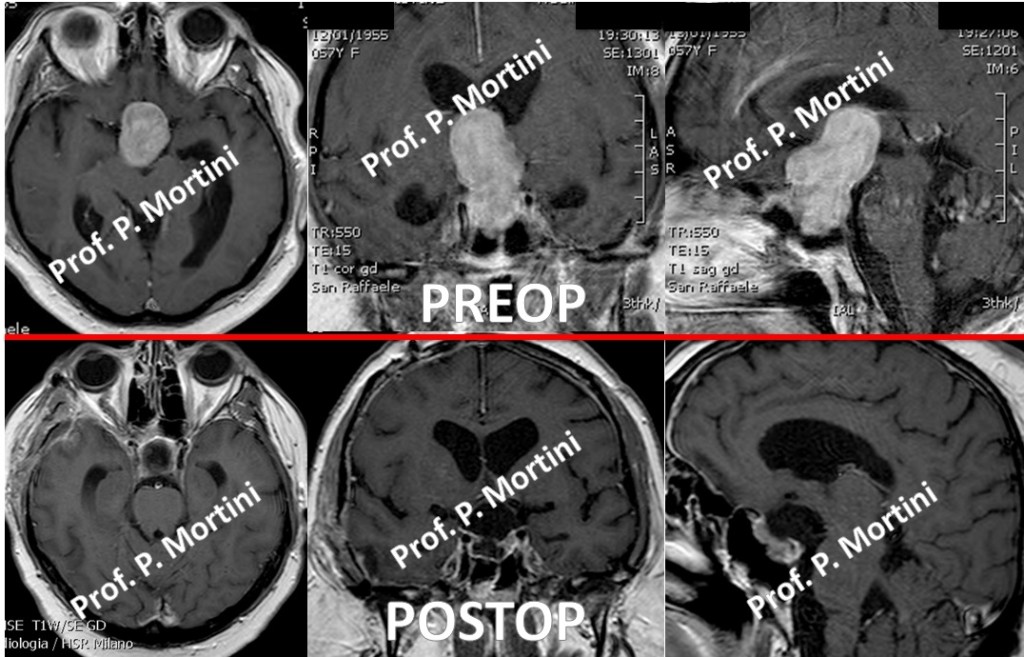 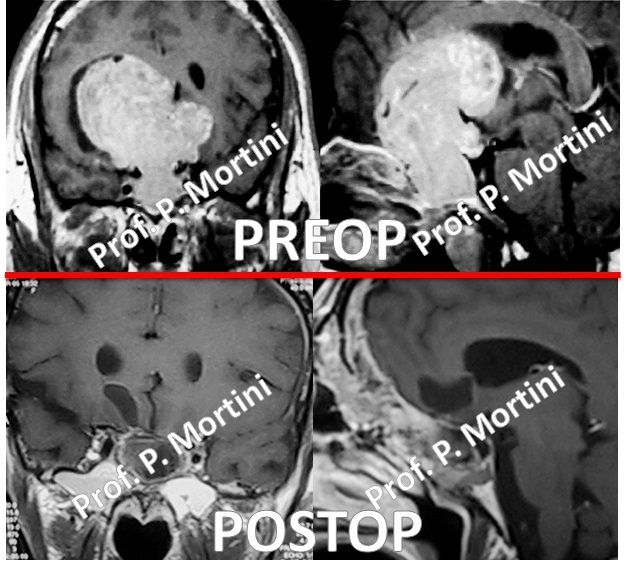 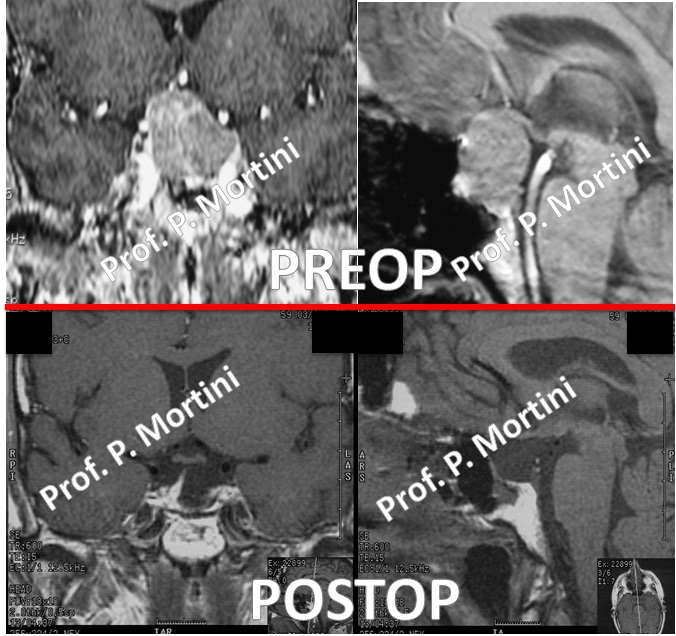