Tumors of the skull base were at one time linked to a poor prognosis. Advances in microsurgical techniques, an increased understanding of both the skull base anatomy and behavior of these disease processes, and improvements in neuroimaging have allowed such lesions to be successfully treated.

Anatomy of the skull base

The skull base is a complex irregular bone surface on which the brain rests. Contained within this region are major blood vessels that supply the brain with essential nutrients and important nerves with their exiting pathways.

The posterior compartment contains the brainstem and the cerebellum. The brainstem is the connection between the brain and spinal cord, containing the origin of nerves involved in the control of breathing, blood pressure, eye movements, swallowing, etc.

Symptoms of skull base tumors

The presentation of patients with diseases of the skull base is highly variable because of the many important structures contained in this area.

These symptoms occur due to compression on important nerves or by blocking the normal flow of fluid around the brain.

Various symptoms are specified to the compartment involved.

Tumors of the anterior compartment may produce

Those of the middle compartment may produce

Those of the posterior compartment produce

Surgery for skull base tumors

The main indication for skull base surgery is the removal of various brain tumors which may occur within this area.

The diversity of these tumors is vast, and they may arise from various sources including

Although these tumors have unique individual characteristics, they may present in a similar fashion due to involvement of similar nervous structures.

They can be grouped according to the area of the skull base from which they arise:

Those occurring in the middle compartment include

Those of the posterior compartment include

The occurrence of these tumors varies with the age of the patient, his or her medical history, and family history.

Due to the complexity of skull base surgery, these procedures are best performed at specialised centers where there adequate ancillary services are available to the neurosurgeon in the management of these patients.

Phrases used to describe skull base surgery designate the approach the neurosurgeon uses and include midline, paramedian, and extreme far lateral suboccipital, presigmoid, subfrontal, and Dolenc. 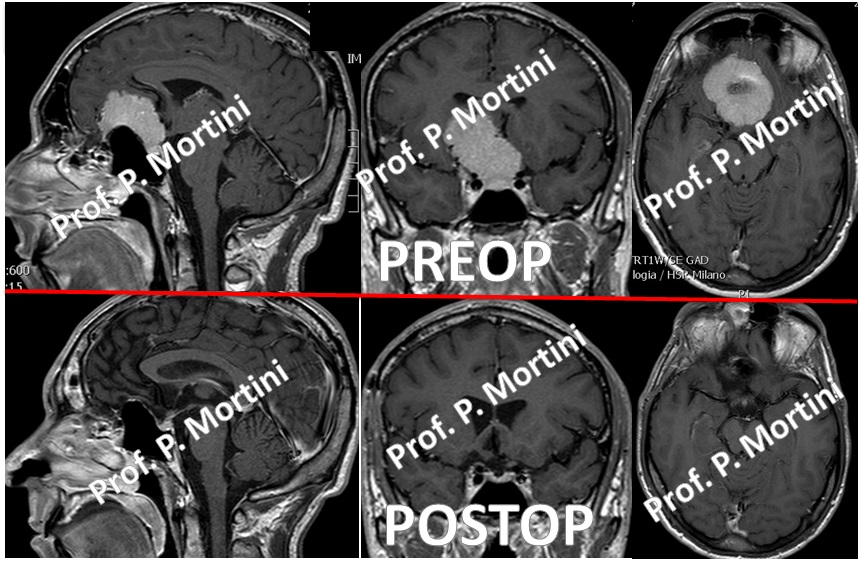