Trigeminal neuralgia (or tic douloureux) is the most common craniofacial pain syndrome.

Causes are uncertain, but there is considerable evidence that vascular compression of the trigeminal nerve near the brainstem is the cause.

This may be due to branches of the superior cerebellar artery, basilar artery, or local veins compressing the trigeminal nerve.

Additionally, trigeminal neuralgia can be caused by tumors in the region of cranial nerve V or by multiple sclerosis.

Although the diagnosis remains based exclusively on history and symptomatology, modern diagnostic techniques, particularly high-resolution Magnetic Resonance Imaging, provides valuable new insight into the pathophysiology of these cases with additional implications for therapeutic strategies. In most cases, a compressive vessel, or less commonly a tumor or demyelinating plaque from multiple sclerosis, is clearly seen on the high resolution MRI scan.

Trigeminal neuralgia pain is classically described as “stabbing,” or electrical shock-like” in nature.

Episodes are typically brief, lasting a second or two, but can be quite debilitating.

They usually occur on one side of the face, but in rare cases may be bilateral. Painful attacks may occur spontaneously but are more often associated with a specific stimulus in a “trigger area.”

Common trigger points are the eyebrow for ophthalmic division pain, the upper lip for maxillary division involvement, and the lower molar teeth for mandibular division pain.

Sensory stimuli by touch, cold, wind, talking or chewing can precipate the attacks. Pain-free intervals last for minutes to weeks, but long-term spontaneous remission is rare. The attacks cease during sleep but often occur upon arising in the morning. This constellation of symptoms provides the diagnosis.

The primary treatment of trigeminal neuralgia is pharmacological. Most patients obtain relief, at least initially, within 30 minutes of administration of carbamazepine (Tegretol®) or oxcarbazepine (Trileptal®).

Should pharmacologic management be ineffective, surgical intervention is indicated.

The first-choice treatment is typically microvascular decompression (MVD), as it has the highest initial and long-term success rates.

Patients unable to tolerate such an operation due to advanced age or other medical problems may consider one of the many less invasive options as Gamma Knife radiosurgery .

and motor cortex stimulation, may be used when other treatment methods are ineffective. 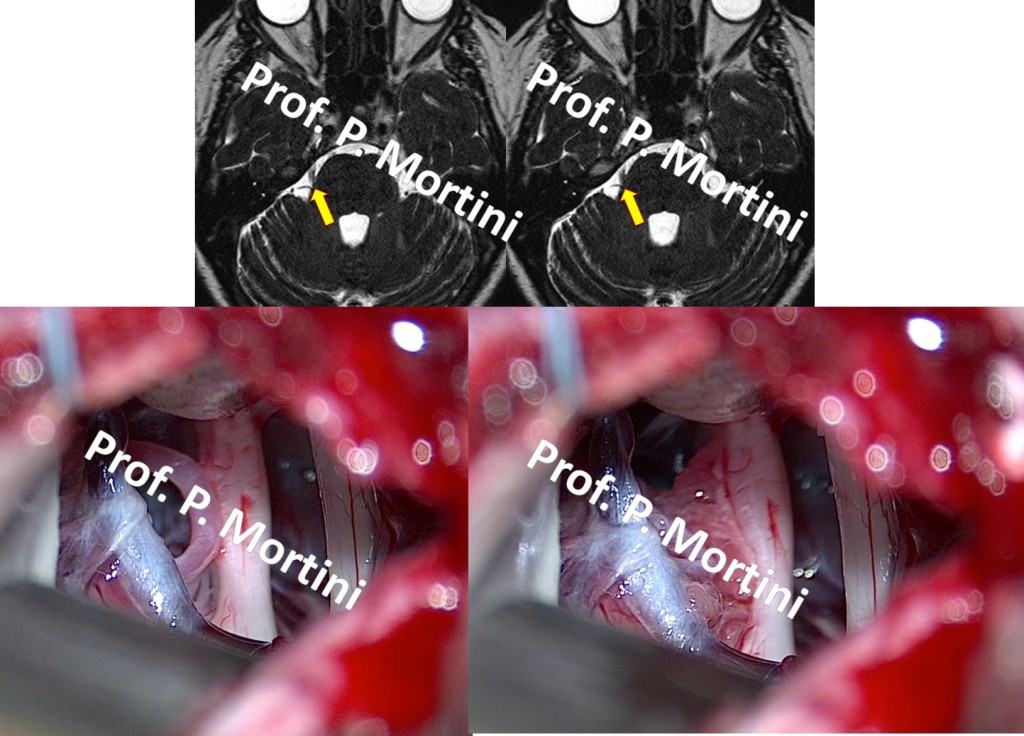